Stop Me When I’m Passin’ By 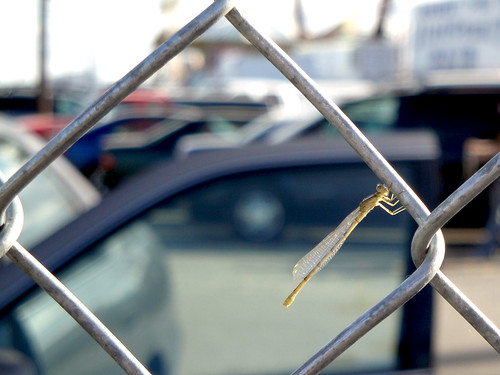 I lived in two different houses growing up, both in southern California. We had an ice cream truck in both those neighborhoods. The second neighborhood was deep suburbia.

At the first neighborhood, when I was little, it worked like this: When you heard the music, you had to run and ask your Mom if you could get something. If she said yes you ran out to the curb as fast as you could and stuck your hand out so he would stop. If your Mom said, no, then you’d run out and stand by the truck and hope someone else’s mom took pity on you and got you something. Otherwise you had to watch your friend have an ice cream while you just sat there which seemed tragically unfair at the time.

At the second neighborhood I was already babysitting and had money but was often too cool to stand around buying ice cream from a truck with the babies.

The trucks were like white delivery trucks with a big open window in the side where you’d order your ice cream and the ice cream man would pull them out of freezers built into the truck. The truck had pictures on the side of the different choices. They also had candy. There was this one kind of ice cream that came in a cardboard cone. The ice cream part covered colored plastic stick with an animal that would be revealed when you finished your treat. If you got a white stick you got a free ice cream. It might be you had to get a white lion or something, I can’t remember that part.

When I was in junior high one of my friends was “friends” with the ice cream man and sometimes he would let her ride on the truck. The rest of us were never allowed to ride on the truck due to “insurance” reasons. I remember being kind of envious.

Recently there have been a glut of ice cream trucks in our neighborhood which is walking distance from two mini-marts and a Safeway.

Every time I hear that winky-dinky ice cream truck music I run to the window and look. I’ve never seen anyone stop one of them. Every time it’s a different vehicle. Some of them aren’t even trucks. I saw a beat-up two door something and yesterday a minivan with the driver lighting a cigarette. I saw one that looked like the carts that Portland law enforcement uses except it was painted orange.

I don’t think a minivan should be allowed to be an ice cream truck. Do they just open the back and pull stuff out of a cooler packed with dry ice? Is there a menu? I guess I should have stopped it and found out before doing this post.

Now that I’m a grown up and don’t need to ask my Mom for money, I buy fruit pops at the grocery store. (I like lemon and lime.) And I eat one whenever I want, even at 10am or a half hour before dinner, usually sitting on the back porch in the sun.