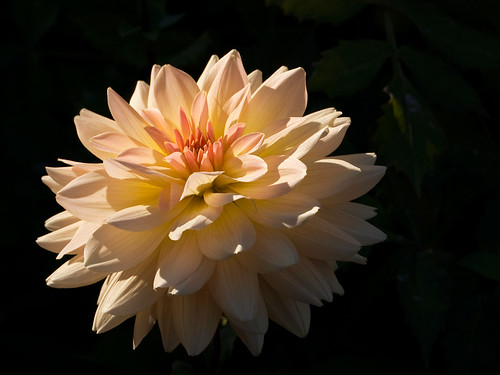 Today was not as productive as I would have liked. I did a little bit of yardwork and brought in some apples so I can make applesauce tomorrow. I made delicious pumpkin muffins from a recipe from Eden and baked a loaf of bread.

Too bad my goal was to write a bunch of pages and catch up on crits. Maybe tomorrow. 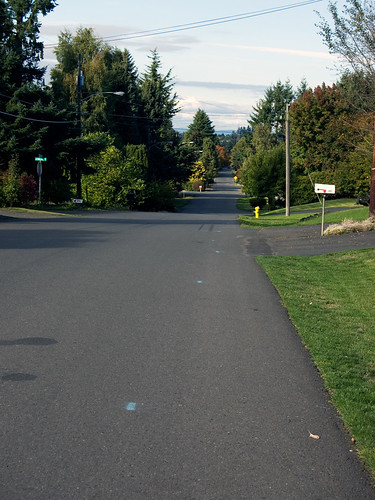 On Friday I was sitting here working on writing and decided it was stupid to sit indoors when it was 70 degrees and sunny outside. And October. It’s going to start raining in a week or so and it’s not going to stop until next July.

I put on some shoes and got my camera and went for a walk. 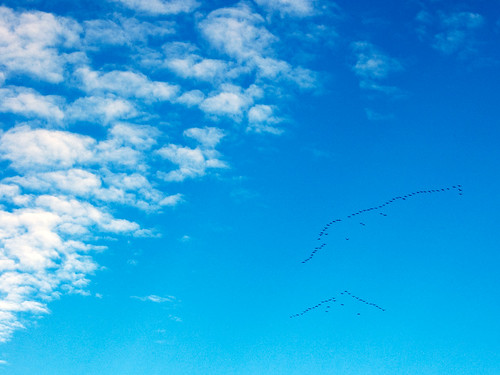 A big wave of geese was coming through. I took a lot of photos but it’s hard to capture geese on the move. I couldn’t remember if my camera has a movie function and if it did how it worked (story of my life) which is a shame because they make a lot of noise. 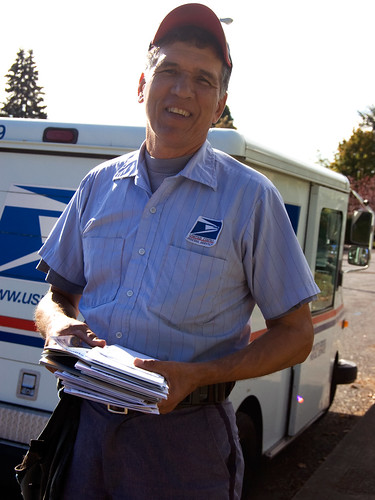 The mailman saw me wandering around and asked if I was lost. I said, “No, I decided it was stupid to sit indoors.” He asked about my camera so I took his picture. He brings us our netflix. For that, we love him.