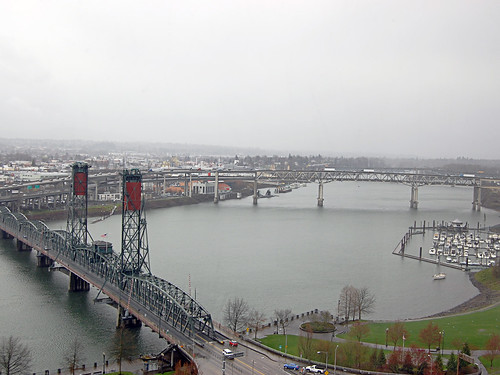 One thing I cannot get over is people talking on cellphones in public places. I want to accept this as it is clearly here to stay and I’ve thought a lot about it. If two people are walking through the grocery store having a conversation, this doesn’t bother me. But if someone is pushing his/her cart through the dairy aisle with one of those ridiculous cordless earpieces and jawing away in a one sided conversation, I want to rip his or her tongue out.

My biggest peeve is people yakking on public transportation. I get it, it’s dead time. Why not use it to catch up with friends or family? But I have to share an enclosed space with that person and I want to read my book or stare out the window without one or more people yelling into their phone in the background. Especially inappropriate interpersonal disputes like the woman at the (different public space) library (!) complaining to someone I am guessing was her spouse about being stuck at home with the baby.

Yesterday the woman next to me was doing the psycho call and as a woman who has made a number of psycho calls in my lifetime, (but thankfully, not for eons) I wanted to feel some compassion for her misery. At the same time I was super uncomfortable and trying to act like I couldn’t hear when everyone at the front of the bus could totally hear her in the midst of making The Call that is never a good idea.

The psycho call is the call you make after a relationship is over and the other person has clearly moved on but you have not. You make this call with the idea that it will accomplish some sort of closure, that you will have the last word, that you will show that you are the bigger person. In fact, you will probably say some of these things during the course of the call. But what you are really doing is being a psycho loser who wants an opportunity to say out loud all the nasty things you’ve been thinking about this person since the breakup.

Example from yesterday, “I’m glad you have a new girlfriend. No, really, I am. I hope you two are happy. A rich girl is just what you need until three months from now when you start lying to her. â€¦ No, I’m not bitter.”

Also there may be more than one call. In this case there was a call when she got on the bus which terminated during the bus ride but then she flipped open the phone and dialed and flipped the phone shut about 30 times (are you getting a sense of where this call gets its name?) and then resumed the call again near the end of the bus ride.

I should have grabbed the phone out of her hand and hit her over the head with it.