My Favorite Things to do in Portland 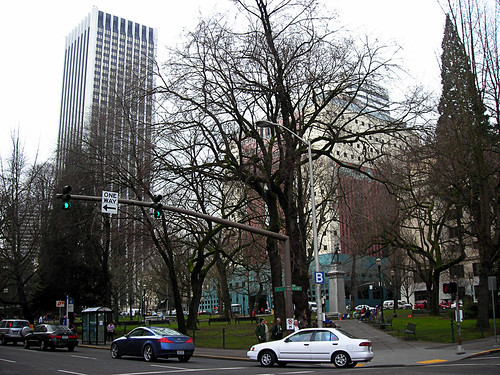 Last month it was 16 years since I started working in Downtown Portland and I still love it. When the weather is good and even when it’s bad, I walk all over town to get fresh air, take care of banking, have my delicious Alexis fried cheese fix, try on wool pants, or have my favorite sausage sandwich from the midweek downtown farmer’s market.

When were down at the old office I would walk by the river almost every day in good weather. Like a regularly scheduled break, every day around 2p or 3p, I’d head out and walk by the river to clear my head for the last couple hours of the work day. I usually walk on the west side of the river but Eastbank Esplanade is nice too and it makes a big loop. I’ve gotten out of the habit at the new office but if it ever stops raining, I’m going to get back to that.

For one of the best birthdays I ever had, besides the one in Germany, we got a room at the Paramount Hotel and spent the afternoon hanging out downtown. We went to the Fox Tower cinemas to see a Wes Anderson movie, I think it was The Royal Tennenbaums, and then went to late night happy hour at Dragonfish for snacks and exotic drinks.

Whenever the family is town we always make a trek to Powell’s books. Go there first and pick up a handy walking map. Lucky for me I can go on my lunch hour. It’s a long walk, but do-able. I need to go this week because last time I was there I bought a book I already have and need to trade it for one I need. 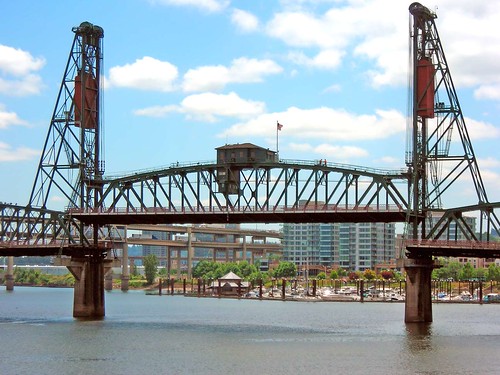 One of my favorite downtown meals is paella at Southpark. They also have fabulous fish specials. Mother’s Bistro is also yummy for breakfast, lunch and/or dinner but really busy so you have to plan ahead. Bob and my new favorite dinner spot is West CafÃ© which is a couple blocks north of the museums and Schnitzer and where we go on our lecture night.

Bob and I are both museum nerds and belong to the Portland Art Museum and the Oregon Historical Society. Every once in a while I go to the museum on my lunch hour. It’s enough time to peek at the special exhibit or do a lap in the
Confederated Tribes of Grand Ronde Center for Native American Art. 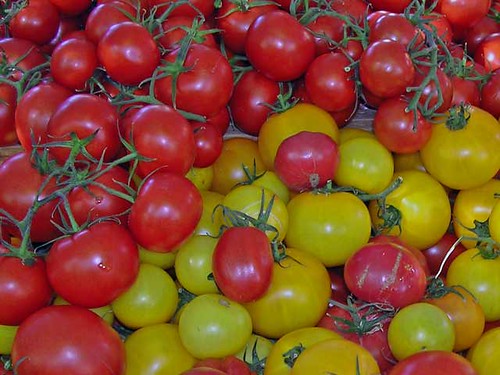 I haven’t been in years but Saturday Market is a good spot for visitors. Lots to eat, look at and buy. Easy access to river walk and light rail. Voodoo Doughnut isn’t too far from the market, either. I also haven’t seen the Rose Garden in Washington Park in a long time but it’s a lovely spot to visit. 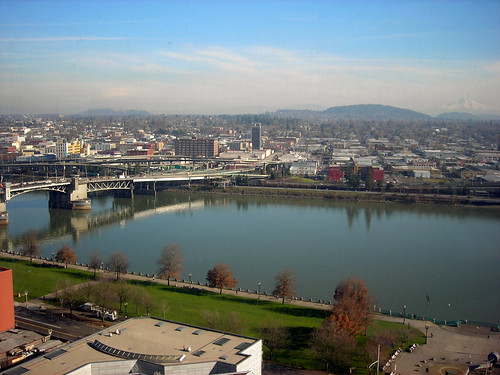 My friend Tonya and I used to meet for walks in Forest Park which is really nice. We haven’t managed to synch up our schedules since she became a successful independent businesswoman.

Bob and I sometimes drive over to Portland on Saturday mornings for the Farmers Market at Portland State. Actually, Bob more than I. He discovered that some of our favorite vendors from the Vancouver Farmers Market have switched to Portland. Tons of great stuff to eat even if you’re not taking a fruit and vegetable stash home.

I’ve always wanted to do the Shanghai Tunnel tour and I never have but a woman in my writers group has done it twice and says it’s really cool. I’ve also never been on the Portland Spirit because I’m not really into boats, but I walk by it all the time and it looks fun for people who like boats.

A fun day trip is to drive out into the Columbia River Gorge and check out McMenamins Edgefield for some food and a beer and a walk around to check out what’s going on there.

If you like wandering around looking in shops and grabbing random snacks, downtown is perfect for that or the Pearl which is where you find yourself if you go to Powell’s.

On the other side of the river is Hawthorne which is my favorite. There are also shops and stuff on Broadway around the Lloyd Center and out on Alberta.

Every time I re-read this post I think of something else but I’m going to make this my last addition: Old Wives Tales on the east side of the river is a great spot for breakfast, lunch and dinner and their menu includes items for special dietary requests including vegetarian, vegan and gluten-free.