Photostream From Mom’s Birthday is Up! 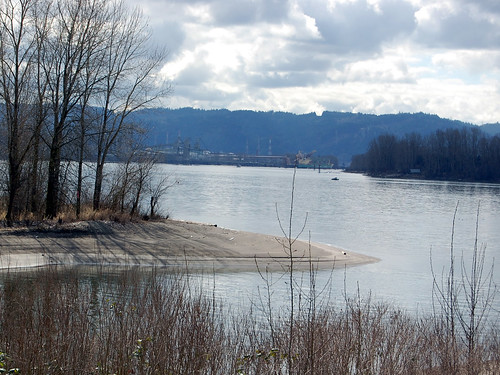 The first part of the group arrived on Friday evening and camped out at various locations.

Saturday morning Erin and my team drank tea and worked on our photo project. We had a bunch of photos from Aileen and Erin had scans from Dad and Grandma and I had scans from a never ending collection of old family albums that I am scanning. Or more accurately, not scanning but intending to. Scanning is tedious work. 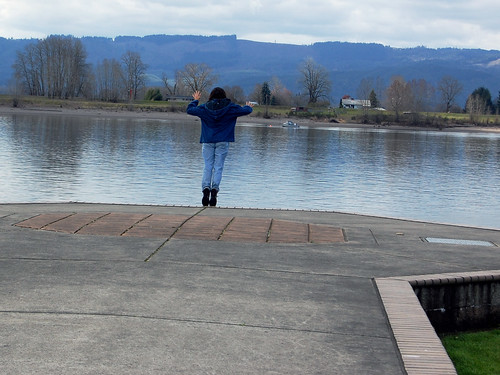 Here Erin is playing an old game we used to call Anchovy Cliff Divers. She said the water was fantastic. (Just kidding)

Mom, Dad and Carole came over to our house and we went on an epic walk down at Frenchman’s Bar.

It took me about 10 minutes to lose the lens cap of my brand new camera because that’s the kind of irresponsible moron that I am. I offered a dollar to the person who found it and I won! 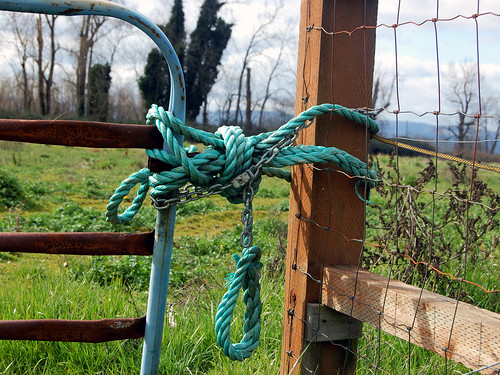 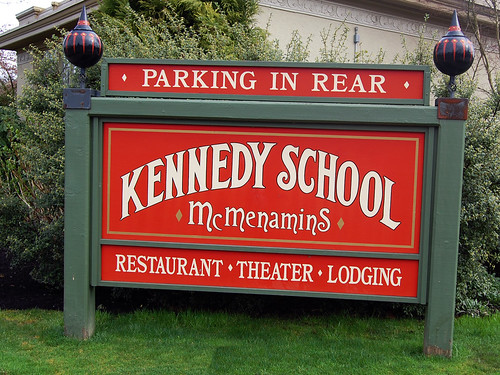 Then it was time to make ourselves pretty, get our stuff together and head over to the Kennedy School.

I was sure to grab the history of the Kennedy School for when I wrote this up but I have no idea where it is. Here’s a quick summary: once it was a real working elementary school and now it’s a wonderful place for drinks, dinner and/or parties. You can stay in a guest room converted from an old classroom. Or if you live in the neighborhood you can stop by for a movie and have a slice of pizza. 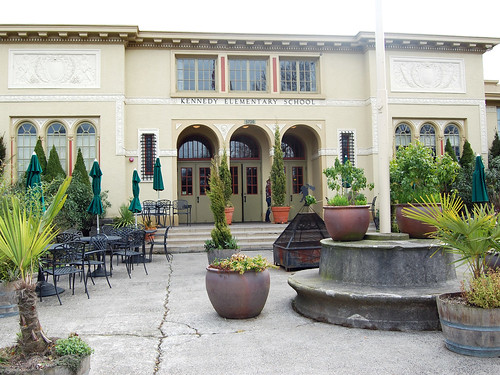 One time, many years ago, Bob was off doing some sort of Bob thing. Maybe a concert with a friend or an out-of-town school event. I got this crazy idea in my head that I was going to go do something independent and unusual for me and go to the Kennedy School and see Seven Samurai.

This was a Sunday night and I found my comfy couch. The theater is the auditorium and it’s filled with couches and overstuffed chairs. I grabbed a piece of pizza and settled in, watching this classic which to be honest, was a tad slow for me. 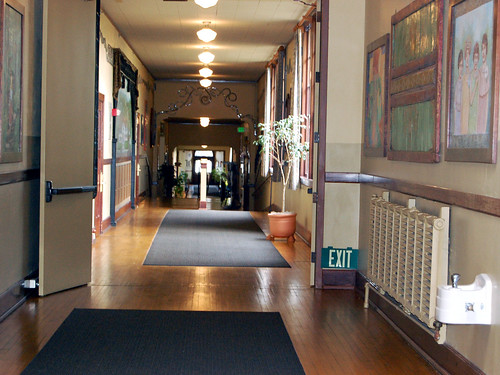 I stuck with it, because it’s a classic and everything. And what do you know, there’s an intermission.

Hm, I think to myself, I wonder how long this movie is. So I’ve just settled back in my seat after a visit to the restroom when I overhear one of the people who works in the theater say that the movie is OVER THREE HOURS LONG. We weren’t going to get out of there until after 11pm. Why didn’t anyone tell me this sooner?

I got up and went home and I’ve never seen the rest of the movie. 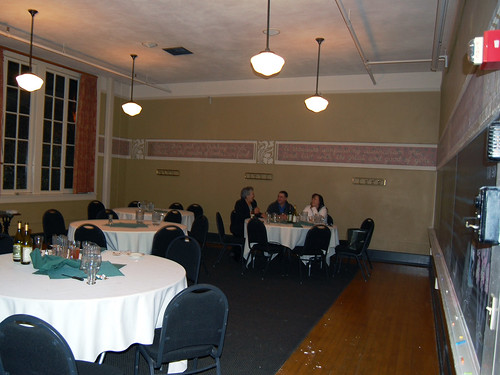 Our party was in the Mina Parsons room.

We had a fabulous buffet with salmon and beef and all kinds of stuff. The food was really good. The wine was lovely, too. And believe me, I would know. 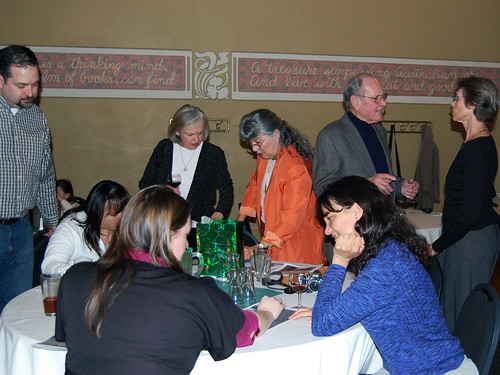 We had a nice turn out. It seemed like everyone had a good time. I’ve gotten lots of nice notes. I had a good time, too. Let’s do it again, only next time with less wine.