The Dream Police They Live Inside of My Head 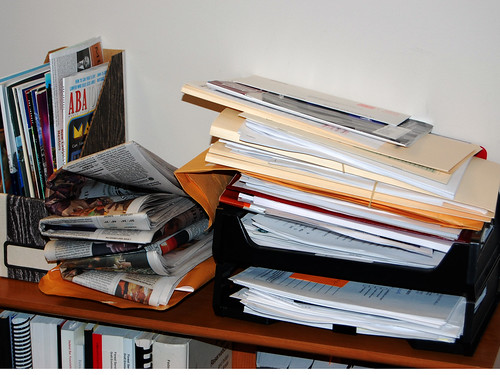 Man, there is just too much heavy stuff going on right now. Can’t write about it all.

The attorneys I work for have both been out of the office most of the last several weeks. Either I deal with stuff on my end or things pile up until they get back in the office.

This is co-worker’s in box.

Not scary you say? 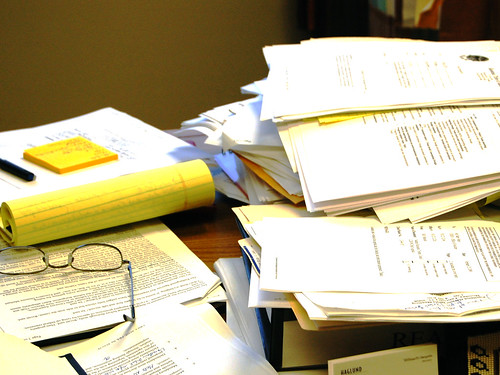 Well, this is his desk. We’re trying to keep it all reeled in with the crises on the top of the pile. This week there are an unusual number of crises.

I have never been so grateful for a day off as I was today. I expected to have more time to dink around but it’s been more putting things back together. Cleaning out the fridge and buying food; catching up on email and trying to fix a situation (long sob story omitted); figuring out where things are at with the checkbook. You know, that daily living type stuff.

Uncouth Heathen asked about my favorite things to do in Portland and ALL WEEK I kept a file open on my desktop so every time I thought of something I would make a note and track down a URL so I could whip my post together this weekend. Left it on the office computer. doo-doo. It’s coming someday … 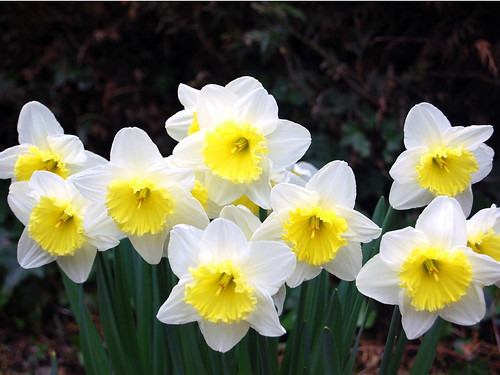 Last night we went out to a 10 star fantastic dinner for my sweetheart’s birthday and I have to confess I was weary and using all my efforts just to sit up straight.

Since I wasn’t in the mood for wine, I ordered a fancy fruity soda thing. It was bright pink and very sweet and delicious and I had two giant swigs before I noticed that it has caffeine. I don’t do caffeine, ever. But especially not in the evenings. Who adds caffeine to a pink girly drink?

I drank enough to make it hard to fall asleep. Nothing like being dead tired but laying there in the dark with your eyes open. Then it was my big morning to sleep in and I woke up at 6:30a. I closed my eyes right away and thought, “No! no!’ But yes. I was awake. 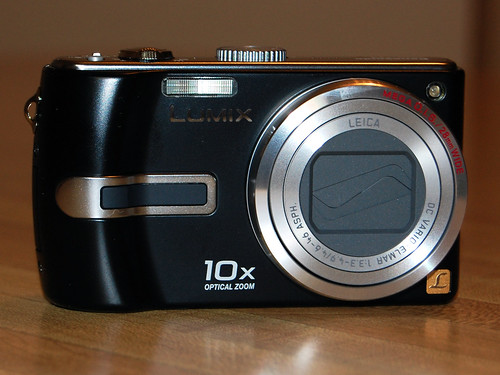 I gave it to him last weekend since we were doing the big family thing. I said, “I got you a surprise for your birthday and thought you might like to play with it this weekend. Would you like to open it now?”

He saw the box and looked like a kid at Xmas and said, “Is this what I think it is?”

Then he opened it and made a funny face and said, “What is this?”

It’s not like he was disappointed, it just wasn’t what he thought it was. He thought it was Berlin Alexanderplatz an epically long movie that he says saved his life. I bought him that to open on his actual birthday which means he is the luckiest man alive.