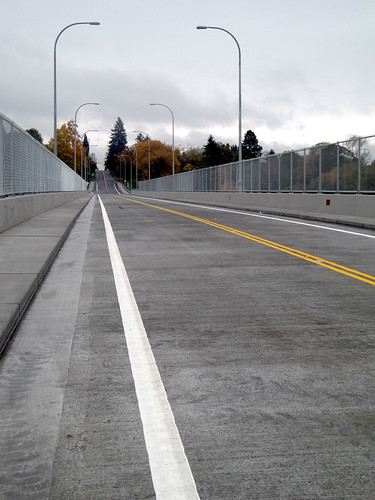 Hey look, the 39th Street overpass is finally open. Full Flickr set here. I can’t bring myself to link to the local newspaper article because of the comments. There are too many toxic people with too much time on their hands. The re-opening is probably going to be more of a negative for us in the long run in the form of more neighborhood traffic. But nice the rail bottleneck is opened up.

This is going to be another one of those jumble of stuff posts. You probably haven’t noticed but behind the scenes I’ve been going through my 1800 old posts and tagging or categorizing or whatever TurdPress calls it them and deleting a few. I rarely have a post that covers a single topic. It’s usually something I cooked, something in my garden and something stupid that someone did. I suppose I could invent a category for that but that sounds like a lot of work. The blog stays in the picture.

A few days ago I made what I thought was a reasonable list of things to do for that day. It’s now Sunday night and I have barely crossed off half the stuff. But we had an action packed weekend.

Friday night we went to the annual fundraiser for Native American Youth and Family Center which is always fun. The bidding is too rich for us but the generous free adult beverages make it exciting to watch. And also leads to the annual post NAYA auction sitting on the couch day.

I used my recovery time to make progress on The Passage which I finished today. If you read only one 700+ page vampire apocalypse novel this year, it should be The Passage.

Yesterday afternoon I had to drag my butt off the couch so I could go visit BizarroCon. The event lasts all weekend but I usually just go for Saturday. It turned out super fun. I am capable of making small talk with strangers if I put my mind to it. And my Clarion West classmate Carlton Mellick won the Wonderland Book Award for best novel for Warrior Wolf Women Of The Wasteland.

Another milestone this weekend: I finished Gilmore Girls Season 7. That’s 153 episodes since December of last year. I mostly loved it but I’m glad it’s over. Also, I believe it should be a federal crime for a show not to have a full season warning that it’s going to be canceled.

Next up: Six Feet Under which clocks in at a scant 63 episodes. But I’m not going to start until next month because I’m still about 20 shows behind on my DVR for the stuff I’m watching now. How’s a girl supposed to write her 1000 words a day, watch her shows, read her books, hold down a job and keep the house from falling apart? Plus sleep 8 hours a night and exercise on a semi-regular basis and keep a blog? I guess if TV is the department I’m slacking the most I’m not doing that bad.

Here’s a Halloween candy story. I bought one giant bag of candy bars too many. I like candy and I can eat it a controlled manner and it seems stupid to throw candy away if I’m just going to buy more candy later so I put a little bowl on the counter and dumped the rest in a ziplock bag and put it in the freezer. Apparently the freezer isn’t a good enough “hiding place” for certain people who share this household. And there were complaints. So later I took it out of the freezer and hid it someplace else.

The other night I came home and a certain person was sitting in the living room and asked me, “Where did you hide the Halloween candy?”

Me: What Halloween candy?

Other person: That big giant bag. Can I please have some Halloween candy?

So I had to tiptoe to the new hiding place and extract his order: 1 Kitkat, 2 Whoppers and 1 Reese’s Peanut Butter Cup.

Nothing I do ever makes my life easier.

Finally: is there anything stupider than yahoo answers? Every time it shows up in one of my search results I’m like: don’t click it, don’t click it. But then my hand can’t help it and it click it and read the answer and then I hit myself over the head because it’s so stupid.

I’m off to dutifully cram in one show before bed.

4 Responses to Hidden Halloween Candy Inside