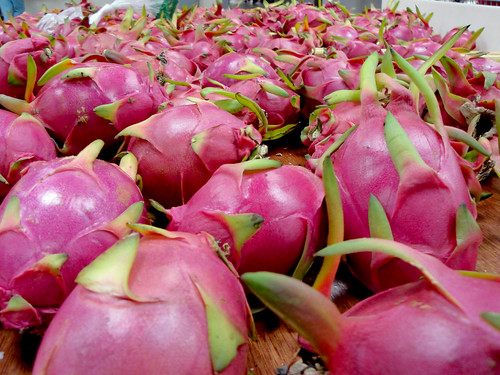 Yesterday turned out to be a total wash. I got home a couple of hours early but I felt exhausted and fuzzy-headed so I decided to watch one of my shows before I worked on getting my act together. I could barely keep my eyes open during my show so I thought a quick nap might help. Forty-five minutes later I woke up still fuzzy-headed. So much for catching up on things.

I love this article

In July 2007, in Amman, Jordan, he opened Sugar Daddyâ€™s, the shop that brought the cupcake craze to the Middle East.

Cupcake shops have become as ubiquitous as hot dog stands in some American cities, and have spread to Rome; Istanbul; Berlin; Seoul, South Korea; and Sydney, Australia. Now Mr. Jaber has proved that even the Arab world is not immune to such a Western frivolity.

This noodle thing is the kind of recipe I clip every time I see one.

Noodles of all kinds are easy and beloved. But soba noodles, a staple of Japan, are special: they usually take no more than 3 to 4 minutes to cook and â€” because theyâ€™re made from buckwheat â€” have a slightly firm texture and a nutty flavor.

And I make it one time and it’s never as delicious as you’d think it should be. Here’s the recipe. I’m not sure what I do wrong but the noodles always seem to be starchy and flavorless.

Normally I would skip over something like this coconut barley pilaf because I’ve never made anything called pilaf that I couldn’t live without. But then I read this.

As I dug out the rice, I noticed a crumbled and forlorn bag wedged behind it. It was the barley I bought last winter that I swore I wouldnâ€™t neglect. But after one batch of mushroom barley soup and a pot of pilaf, it had somehow migrated to the back of the cabinet.

And I have barley in my cupboard leftover from the exact scenario minus the pilaf. The recipe looks easy so I think I’m going to try it.

Crowd-sourcing recipes â€” corralling a group of strangers on the Internet to create and edit a bank of recipes â€” is gaining popularity and investors. The idea is that a thousand cooks can come up with a better recipe than any single chef.

There are aspects of this idea that I think are good but there are a lot of horrific cooks out there. My cousin found a recipe for pumpkin soup on a website and one of the comments said that the soup was horrible and the only way the cook could make it edible for her family was by adding a jar of Marshmallow CrÃ¨me. My cousin said, “I’m glad that wasn’t my Mom.”