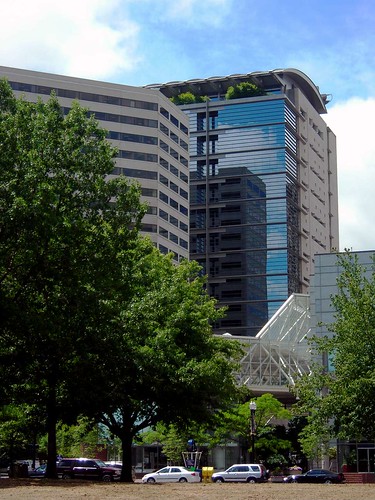 For something like twelve years I had the privilege of doing my job from a residential condo. If there is any way you can work walking distance to downtown but not be in an office building, I highly recommend it.

A few years ago we merged with a larger firm and moved into the 18th floor of an office building. (part 1 and part2 of that story.) When we moved in, the firm was the only tenant on our floor.

Eventually another tenant moved in. They built a ginormous cube-farm which made me really grateful I’ve haven’t had to work in a cube since the 80’s. Or cube-like area since I don’t know if cubes were invented back then.

The people who moved in were some kind of commercial-financial something and most of the people who worked there were young men with carefully styled hair and shiny shoes who could not be bothered to make eye contact with you if that was the last act to save the world. And they had a couple of receptionists who would look you up and down as if assessing your clothing and overall look. (Ann Taylor Loft 4 seasons ago bitch!) And if you ever tried to say anything to them they’d look at you like they were a famous celebrity and you were a fan so excited to meet them you just threw up on yourself.

For some reason, I thought this was how office building culture worked.

In our new building new tenants just moved in across the hall. They built a ginormous cube farm. They’re also financial something.

Turns out they’re regular looking people and super friendly. At least three of them have stopped by to say hello and ask about what we do and then acted like it was the most amazing job in the world. And the receptionist is awesome and just brought over freshly baked cookies and a sweater she knit for me. Okay, kidding on that last part. I haven’t met him or her yet. But I’m hopeful.