Did you Hear the One About the One Legged Grasshopper? 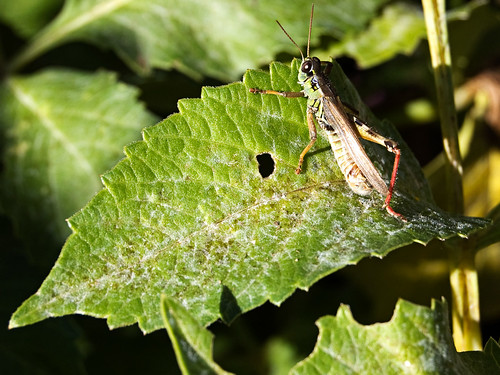 Two Things I’m Giving Up On.

1 – Fringe (TV Show). I really wanted to like this show. I kept watching thinking: this seems like the kind of show I would be in to. It became less and less interesting. The only character that I liked was the crazy doctor. Whenever they talked about “the pattern” I didn’t think, wow, how interesting. I would either think of the Amber books or I’d think it sounded stupid. Last night I was bored watching it while trying to figure out my checkbook. Show deleted.

2. Podcasting. After Clarion West I thought that Escape Pod and Pod Castle would be a great way to keep up with stories. The thing is, I very rarely listen to things. I listen in the car, but I only drive about 100m a week and also don’t have an iPod set up for the car so that doesn’t work. I thought I’d listen more on the bus but sometimes I like to read on the bus and sometimes I like the sound of my own thoughts. Also the stories are never finished during the commute which offends my sense of order. Finally, of the ones I’ve listened to so far, I didn’t love any of them. I’m not sure if it was the way they were read, or just didn’t happen to be my thing. It has already become on more thing that’s piling up faster than I can consume.