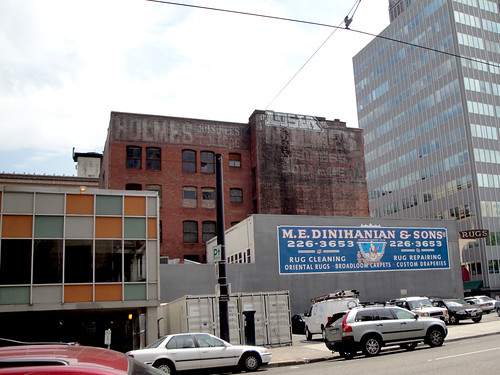 Today’s Foodday has a whole section of pie making tips which I will carefully read and then file in my bursting file of pie making tips. I’m doing a lot better but I’m still not making pies that would bring about world peace.

The paper also covers a pie making contest. One of the winners is a Cucumber-Honeydew-White Chocolate Pudding Freezer Box Pie. I know. It sounds crazy doesn’t it? I’d like to try to make it but I’m not up for an extensive multi-step recipe at the moment. I’m still trying to wrangle my tomatoes.

On Sunday I made a summer minestrone with all the leftover squash plus a bunch of other odds and ends including things from the freezer. We always seem to have a 1/4 bag of green beans freezer-burning in a dark corner of the freezer. The soup came out delicious.

Bob and I are watching Prom Night in Mississippi. It’s about a small town in Mississippi. The school holds two proms, one for blacks and one for whites. Morgan Freeman grew up there and he offers to pay for the prom if they integrate. This was in 2008.

I could go on about this movie all day but will condense my thoughts into two observations.

The first one is that I am stunned by how many people exhibit clearly racist behavior yet insist they are not racist and all their friends would tell you they aren’t racist. “I’m not a racist but I don’t want my daughter dating one of them people.” (*spoiler*) The white parents organize and pay for a separate white prom but refuse to be interviewed because they don’t want to be perceived as racist.

The second one is how clearly this small town is divided into black or white. Given this is what the documentary team is showing us but it’s like there is no other diversity. What if there was an Indian (either kind) or Hispanic or Asian person? What prom would that person go to? (Before integration.) You have to wonder what would happen to this small town if *other* people of color showed up.

The documentary is really good and thought provoking although a bit repetitive.