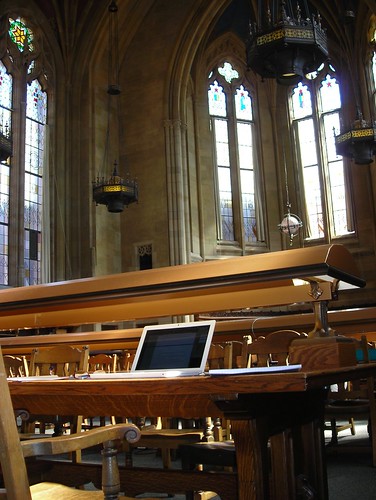 This was a gnarly week. It reminded me of being at home. Every time I thought I’d have a couple of hours to write, something else ended up taking longer than expected or something unexpected ate up the time. I’m frazzled about getting my story done for next week (due: Mon 9pm). The story I’m working is not coming together very well and my protagonist is still foggy. I wish I had more time to sort it out.

I still love my classmates and being here but I’m still not sleeping more than 5 or 6 hours a night. I find it hard to believe that I am still functioning and reasonably good humored for me. As I write this I’m with Bob and sleeping at a motel, here’s hoping for a good night.

Cory did lectures every day that were for the most part short and everything he said was totally useful. I’ve picked out a few highlights.

He said almost the same thing that Mary said which basically is: you can’t judge the quality of your work by the way you feel about it when you’re doing it. If you develop a habit of writing every day, no matter how you feel, you will find when you look back that you can’t really tell which days were good and which were bad.

I think this is something that I’ve sensed on my own but it would have been nice to learn this 20 years ago.

Cory recommended getting rid of any ceremonial writing habits you need: e.g. the perfect music, a clean house, smoking or drinking connected to writing. You need to be able to do your work anywhere, anytime. 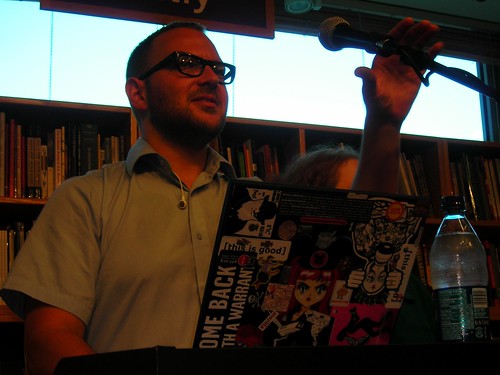 He also talked about ideas and how it’s all stuff you pull out of everyday life and how often the idea that you start with is nothing like what you end up with. The idea is what gets you started. This was true for the story I turned in this week. I had a vision of what I wanted to do and I reset a couple of times but the story I ended up with had very few of the elements that I had envisioned with the original idea. The story involves time travel and Indian bingo, if you’re wondering.

Someone asked him what to do if you’re halfway through your story and you hate it. Here’s another one to embroider on a pillow: “In my experience there is no story that you don’t hate halfway through.”

Here are a couple of hacks:

When you end for the day, finish mid-sentence knowing exactly where you want to go. Those several words you need to finish will help lead you to the next. It’s called leaving yourself a hint.

The first few paragraphs of a story are generally throat clearing and there’s no problem with that but you need to find the real spot where the story begins. This is exactly what happened to me last week. I was testing out a couple of ideas for next week’s story and I wrote about 800 words of each and thought they were both doodoo. But later I realized that the next scene in one of the ideas, was where the story should start and I’m ready to dive back in.

We’ve had some good advice from Cory and other sources about not getting bogged down in research. They suggest making a notation to check on something later and keep writing so you sustain the energy of the story. This is good for me because I let myself get distracted by research. 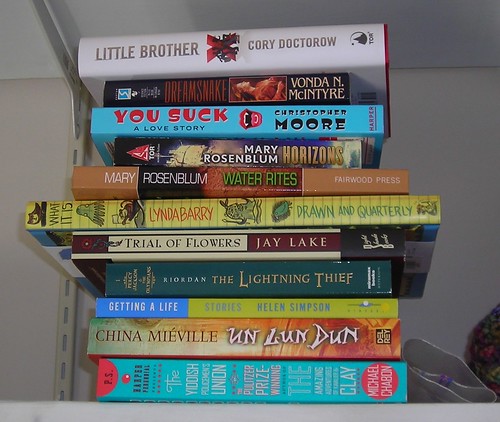 I had a spectacular adventure last weekend. Someone organized a night out for sushi last weekend and I don’t dislike sushi but the idea wasn’t singing to me. I found out that only one of my classmates had also opted out of sushi and I suggested we go find a steak. He thought that was a fantastic idea.

After some research I decided we should go to El Gaucho which is a steakhouse for rich people or people with expense accounts (as if those two aren’t the same). I thought we should have an adventure and we did. Mink Lined Booth. I am not kidding you. I rubbed against it for the entire meal. I had a filet mignon and I ate every bit and didn’t wuss out at my normal half portion. (Some might laugh at this because it was the smallest steak on the menu but whatever.) The entire evening was a highlight but I’ll mention one other part which was when I was looking for the restroom and this hot waiter guy came over and offered me his arm and escorted me to the ladies’ room. Alas, the special service ended there.

Here’s a tidbit about the thefts. Shortly after we discovered that laptops, and Pritpaul lost a bag of clothes, were missing a police officer came and nothing like a room full of writers to explain what happened. “There’s a chair in my room, a big one, beige and there’s a bureau next to it and some of my clothes were on the chair and papers and books on the bureau.” It went on like this, lots of concrete details that might be splendid in story writing but completely irrelevant to how the criminal got into the house and stole people’s stuff.

1 – I am using a word processing program called Pages by Apple and I think it sucks ass. I’m not sure if it’s because I’m unfamiliar with it so if I just want to write a footnote I have to spend 10 minutes cycling through menus or that it genuinely sucks ass but I emailed myself some back up files to my gmail account and then later downloaded one to see how it looked and I couldn’t open it. I guess I have to export it into a file format that I can later open? I’m no rocket scientist and bad at things like software but if this understanding of how it works is correct, I’d like to say to Apple: Frack you.

2 – I did a quick vanity check of my stats and one of the phrases in a search engine that found me is: “Pam’s Butt Stinks.”

“Proof of God, great. What about my problems?”

“I needed the bingo to do something else.”