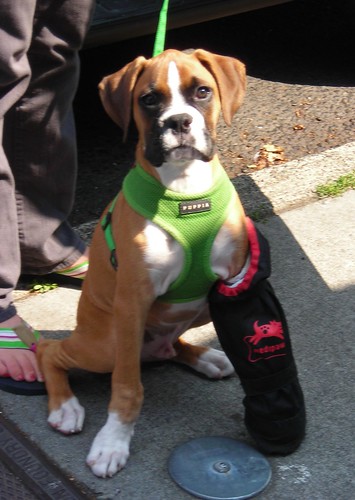 I already miss not being here. Maybe in another two weeks I’ll be writing here that I want to kill these people but at this point, I never want to leave.

I never would have guessed that I’d feel this way.

This week our instructor was Mary Rosenblum who was completely awesome â€” a great teacher and really encouraging and fun to hang out with.

Then something bad happened to bring a sour end to our time with her. The house was broken into while we were in class yesterday and four student laptops were stolen. There is more information here and here.

(Update on thefts: BoingBoing knows more than I do. Looks like they’ve already raised enough money for new laptops. What a great community.)

That put a weird spin on the rest of the day and now everyone is walking around with their laptop bag slung around their neck. As you can imagine, the object of the laptop isn’t as traumatizing as what was inside. Especially at a writer’s workshop. 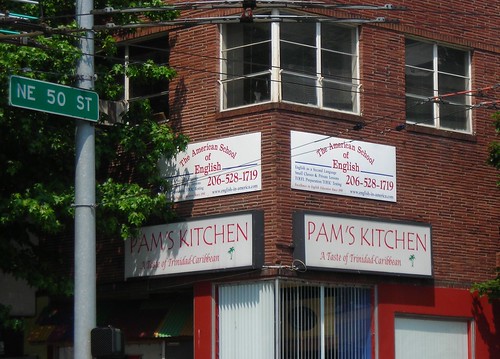 I am settling in a lot better although my sleep is still not the same as at home. I had assumed any sleep deprivation would be from stress of too many things to do. And although there is an element of that, mostly my body doesn’t sleep for 8 hours. No matter how late I stay up (my bedtime is between 11 and midnight) I wake up between 5a and 6a. I did take a couple very quick of naps this week. But mostly I feel fine with that much sleep. It seems like lots of people are having trouble sleeping. 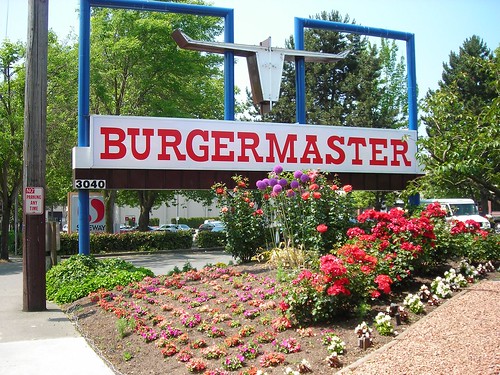 I like the process of getting to know a new place. Even though I’ve been to Seattle a bunch of times it’s always for a specific purpose like Bumbershoot or soccer game. And Bob does all the driving so I don’t feel like I really know Seattle.

But since we’ve been here I’ve walked around the University district and I’ve been driving around to parties (there’s a party every week associated with the workshop) so I’m feeling a bit less anxiety about getting around here. As soon as I finish this I’m going to Target to buy a bunch of random stuff but most importantly, I’m buying a cheap electric tea kettle.

There’s a hot water spigot on the coffee machine that pumps out water that wouldn’t pass for hot in any jurisdiction. It’s one of those things that at first I barely noticed and then became mildly annoying and at this point is ruining my morning. I want my tea hot.

Also my eyeballs feel like they’re on fire after a day on the keyboard so I’m going to get some eye drops. I brought some but the first time I used them I was squeezing bubbles out of the tiny bottle which did nothing to relieve the burning. 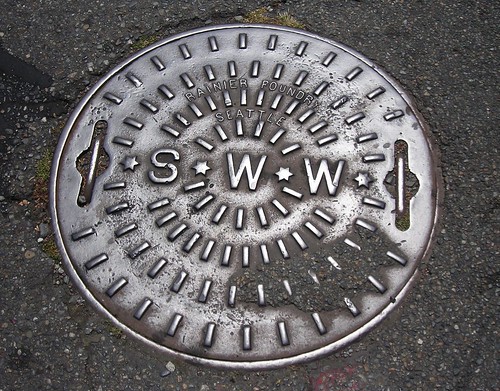 I didn’t say anything about writing and I don’t feel like going over my notes right now. The emphasis this week was characterization and working on characterizing using dialogue and actions. For me part of it is skill and part of it is laziness. It’s so much easier to tell what your character is about. Especially when you’re cranking out a first draft.

I’m kind of surprised how fast I can write if I want to. Week #1 we had an assignment to turn in an outline and a lot of people did their first story from that. But after we’d discussed my outline I hated the idea and ditched it so I had to come up with a completely new idea and write it in only a couple of days. At first I was panicked and flopped over my notebook weeping. I brough a huge idea folder and I flipped through that until something looked interesting.

Now I’ve had more time to think about my outline idea and that’s what I’m writing today.

I love that moment when you have no idea what you’re doing and then all the little gears and alarms synch up and you think: “Oh, this is what’s going on here” and you starting cranking it out. 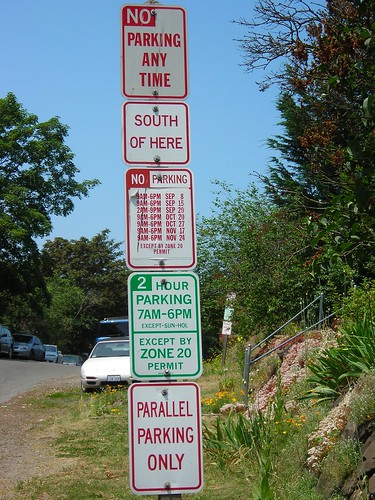 This week Christopher convinced a few of us to check out the library on campus which is like a giant cathedral and a very cool space to be in. He was referring to it as Hogwarts. I worked over there one afternoon and think I’ll put it into my rotation.

The weekdays are so busy there’s barely enough time to do everything. I had a bottle of wine and I kept thinking I’d open it as a reward for all my hard work. But then my hard work would go until midnight and it would seem pointless to open it at that point. Yes world: there is a reality in which I can find it too busy for an adult beverage. I’m having all sorts of personal insights here. I made up for it last night.

Updated:
Here’s a few quotes from the week:

“That would go over like a pregnant pole vaulter.”

“If I was a character on Lost it would have only lasted 3 episodes because I would have sat that guy Ben down and said ‘what the fuck is going on here?'”

“Maybe the centaur was a size queen.”

“River was way hotter than Inara.”

“I hated the main character. I wouldn’t let this guy clean the city’s latrines.”